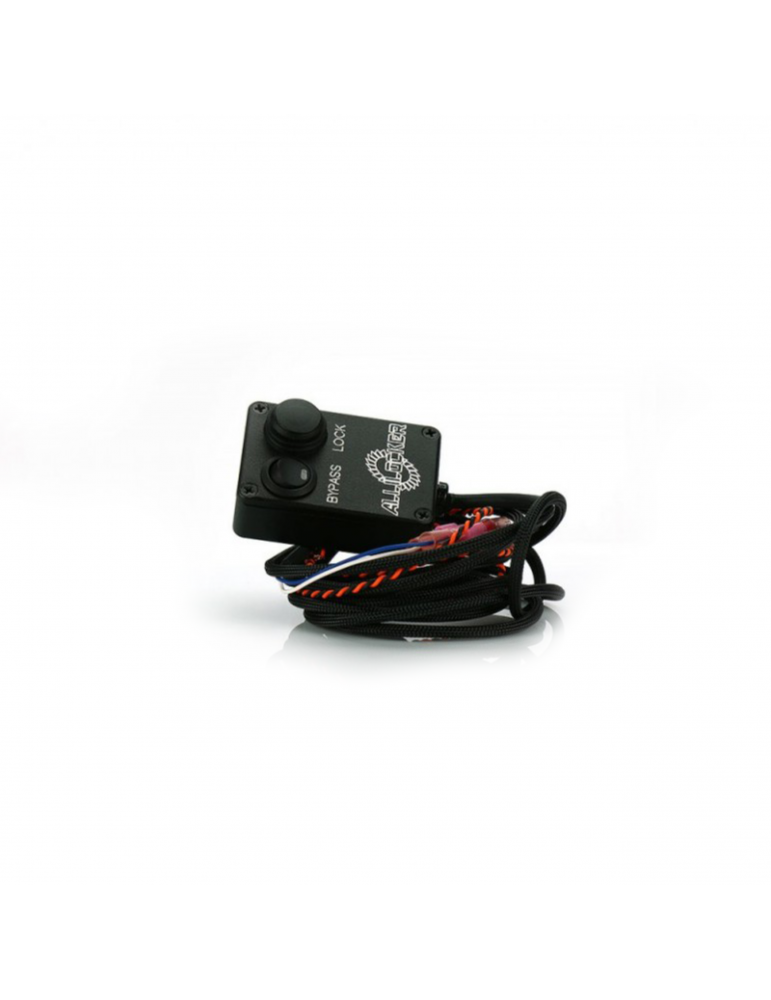 Control your torque converter from the palm of your hand with the AlliLocker™ from Fleece Performance Engineering.

The Allilocker™ operation is simple. Leave it in normal mode until you want control of the torque converter clutch (TCC). When you engage bypass mode (left rocker switch) the TCC is completely controlled by the pushbutton on the right (it is a latching pushbutton). If you press it down it locks the TCC and stays locked until you push it again which raises the switch back to the open/unlocked position.

WARNING: This product is intended for closed course race use only. Do NOT use on public roadways.

WARNING: Always disengage the bypass switch and unlatch the lock switch when not in use.